The False Distinction Between “Micro-“ and “Macro-“ Economics

But it is so pervasive that it is sometimes necessary to use its terminology so that those who know little or nothing about sound economics will be able to feel a measure of the familiar.
Post is in response to a tweet by Mikiel de Bary, at https://twitter.com/mdebary/status/1307100397870473223?s=20
Posted by George Reisman's Blog at 11:33 AM

The United States is teetering on the brink of a revolution or civil war. To move our country back toward peace and stability, Pres. Trump must immediately appoint a strong Constitutionalist to fill the vacancy on the Supreme Court opened by the death of Justice Ginsburg.

He should give absolutely no consideration to fear of provoking more rioting by the Left. The Left will riot in any case. Better that they do it when there is an additional Constitutionalist on the Court than when there isn’t, or worse, another Leftist.

You do not gain anything from your enemy by making yourself weaker. That serves only to further embolden him. You must be stronger, not weaker, if you are going to stop him. 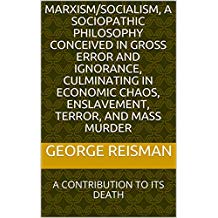 Attention: all economics students. Perhaps the most prominent equation in macroeconomics is that national income (essentially the sum of profits and wages) equals net national product, which is the sum of consumption plus net investment.

Because consumption is much larger that net investment, it is almost universally assumed that it pays the bulk of national income. However, most spending in the economic system is actually not consumption. RATHER, IT IS CONCEALED UNDER NET INVESTMENT.

The difference between additions to and subtractions from asset accounts is the net change in those accounts, i.e., net investment.

The minuend in calculating net investment is where the bulk of spending in the economic system lies. I call this spending “productive expenditure.”

The concept of productive expenditure is not recognized in contemporary economics. It is believed that it is somehow included in consumption expenditure and that to recognize it separately would constitute the error of “double counting.”

For further elaboration and proof, including a thorough discussion of the issue of “double counting,” see Chapter 15 of my Capitalism: A Treatise on Economics. It’s available at https://amzn.to/2PM19ut

Read this chapter, tell your economics professors about it, and ask them to show you what’s wrong with my claim that most spending takes place under the head of net investment. 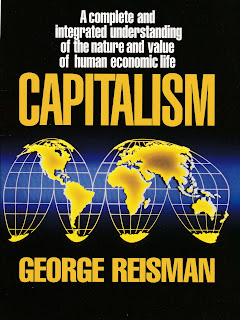