On this day of the celebration of individual rights, let us remember that while America and capitalism represent freedom, socialism is a system of slavery. Under socialism, the government is a universal monopoly employer. Competition with it for labor is against the law.


So, under socialism, you are forced to work for the government. You are a slave.


“Reparations” for the slavery of blacks are involuntary servitude for whites. They are imposed for no other reason than because many whites in the past treated blacks unjustly. The democrats think reparations are just because they think whites are interchangeable. That’s racism.


A company under the intellectual influence of someone who shows contempt for our national anthem. A company that has been led to regard the American flag as not worthy of its support. A company that  shows itself to be unworthy of being in America. 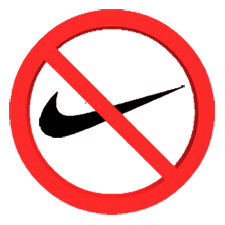 AND ONE FROM JULY 3:

The first thing you need to know about Buttigieg’s position on Slavery is that when it's wrapped in the label “National Service,” he’s for it. The second thing is that he’s duplicitous. It’s only going to be the “norm,” “expected,” but not “required.” See https://nyti.ms/326CaYF.