The benefits of Industrial Civilization, i.e., the use of man-made power, specifically fossil fuels and atomic power, are so great that even if global warming and rising sea levels were in fact its by-products, it would deserve the total, enthusiastic support of everyone.

If global warming and rising sea levels are coming, we should adapt to them, not try to fight them by means of government mandated climate manipulation, which can kill billions and reduce everyone left to the poverty and misery of our Dark Age ancestors.

Don’t listen to lunatics who seek to conscript the human race as expendable means in their wars on phenomena of nature, leaving to suffer and die countless numbers of those about whom they are supposed to be concerned. 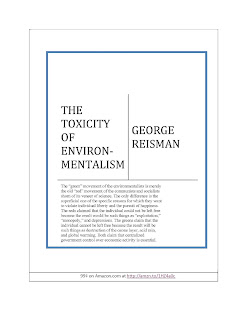 Any job on which anyone’s livelihood depends is essential. It is essential to that person and his family. Without it, they may not be able to buy food or pay rent.

This is not the view of Gov. Newsom and the other petty tyrants now running amuck in our country and impoverishing and virtually imprisoning tens of millions of innocent people.

They believe that to be “essential,” one’s work must be essential to others. To them, only “others” matter, not individuals in and of themselves. On this basis, without a second thought, they issue edicts upon edicts and impose suffering on millions.