Some Questions About Climate Change

Does anyone know of a century by century (i.e.,2100, 2200…3000) widely endorsed projection of just how much the global mean temperature and sea level will have risen? The claims I hear all seem to imply just that the numbers are huge and are coming very quickly

Can anyone explain how it is rational to try to fight a natural phenomenon like climate change and do so by means of abandoning fossil fuels and atomic power, which are the foundations of our ability to cope with nature?

What is our basic problem with respect to nature? Is nature largely hostile, making it necessary for us to take action with respect to it? Or is nature fundamentally benign, becoming hostile only as the result of our actions?

To learn more, read my “The Toxicity of Environmentalism,” 99¢ at https://amzn.to/2XkCIcf 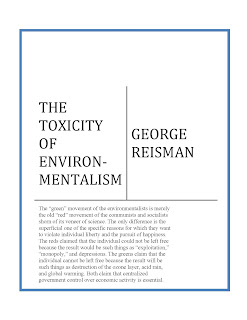